Riyadh, Saudi Arabia, 7 September 2022: Today, Twitter MENA hosted an event in Riyadh for partners highlighting the platform’s plans for the fourth quarter of 2022. Twitter’s Q2 earnings announced a +16% year-on-year growth in average monetizable daily active users (mDAUs) recorded in 2022 (237.8M). This has been reflected in audience engagement, with a +39% increase in Tweet engagement and a +29% increase in watch time on the platform.

Throughout 2022, Twitter has continued to prioritize and invest in product improvements globally, research, and insights to drive growth on the platform. This has included launches such as Branded Likes, which allows advertisers to own the Twitter Timeline for 24 hours and transform the ‘Like’ button into a custom animation using iconic brand imagery. Launched across four key markets globally, including Saudi Arabia, Twitter’s Timeline Takeover has witnessed a +277% lift in recall and +202% lift in purchase and consideration intent when paired with Branded Likes.

Twitter also has rolled-out internal testing of the Edit Tweet feature before expanding to Twitter Blue subscribers in the coming weeks. Through the Edit button, the platform aims for Tweeting to feel more approachable and less stressful, allowing people to participate in the conversation in a personalized way.

Antoine Caironi, Interim Regional Director of Twitter MENA, commented:“With so much happening in the world, Twitter more than ever remains the place to connect with the biggest events and conversation drivers as they unfold in real time, where people are engaged, leaned in and influential. As a platform, we have never been more committed to growth and innovation in MENA and, with so many moments ahead of us, it is essential for brands and marketers to tap into the conversations and communities that aid brand awareness and drive performance during moments that resonate best with local audiences.”

Looking to the future

In parallel to platform updates, Twitter MENA released the Twitter Trends 2022 Report for Saudi Arabia for the first time this year, which revealed three must-know trends. In Saudi Arabia, Finance Goes Social was identified as a unifying trend, which was also reflected worldwide. It highlights a shift in behaviors and conversations, recording a +49% YoY growth in conversations related to offers, competitions, and discounts. The trend also highlighted YoY growth in conversations around the digital economy (+36%) and cryptocurrencies (+595%). Whether it’s cryptocurrencies, online retailers, digital banks, or smart cities, the trend nods to people’s growing sense of financial empowerment.

The second trend, Identity in Transit, reflects feelings of pride in place, openness to new experiences, more gender balance in relationships, a desire to be recognized, and a melding of identity and personal aspirations. The report outlined an incredible growth in conversations around pride for smart cities and NEOM (+172%), alongside aspiring to achieve the Saudi dream (+161%).

Finally, the Saudi-focused report also identified Eco-innovation as a rising star, with sustainability driving real excitement about the nation’s future, as well as individual advancement and opportunity. The platform recorded a YoY increase in conversations around the tech (+49%), electric cars (+55%), and smart cities (+180%).

Connecting with culture and sports

In 2021, Saudi National Day saw a 12% increase in the volume of conversation as compared to 2020. The conversation started as early as 9th September. It peaked closer to 23rd September with a heavy focus on video content, with as high as 573M video views recorded on Twitter related to the occasion.

A great example came from Saudi National Bank (@snbalahli) which wanted to promote its Ramadan offers and saw an opportunity to connect with Twitter’s receptive audience. A Twitter Takeover was used to drive mass awareness, while an Amplify Sponsorship of MBC’s Al Assouf allowed @snbalahli to build cultural relevance by aligning with premium, relevant content. The bank stayed top of mind in the conversation using a Branded Hashtag and used Website and App Cards to drive conversions. It saw a massive 688% increase in the use of the Branded Hashtag, highlighting high volumes of conversation. Meanwhile, it garnered 132 million impressions, 12 million Pre-roll views, and a Pre-roll view rate of 54%. The overall engagement rate was 1.65% and video viewers of the campaign reported significantly higher levels of Ad recall. Perhaps most impressive was the impact on website traffic and app downloads. The campaign resulted in 1.1 million clicks, driving consumers directly to @snbalahli’s website and app and fostering new leads.

With Saudi National Day and the 2022 FIFA World Cup fast approaching, case studies such as this highlight the importance of a multi-format approach, with a Nielsen Brand Effect study showcasing that using 3+ ad formats increase the probability of a campaign’s success.

In August, Twitter saw a 74% spike in average monthly football conversations in comparison to the previous 12 months – reaffirming that football is one of the biggest conversations in the region and that Twitter is where football lives.

Twitter recently partnered with beIN SPORTS, the official broadcaster of the FIFA World Cup Qatar 2022 across the Middle East and North Africa (MENA), to share bespoke content throughout the world’s biggest football event this year, which kicks off in Qatar on 20 November 2022. beIN SPORTS will share content for regional audiences across Twitter, highlighting the biggest moments throughout the tournament and providing brands and marketers with association opportunities via Twitter Amplify. Each match will be highlighted through content clips, one match recap, and in-studio analysis, aired through the beIN SPORTS official handle,@beINSPORTS, for a total of 320 videos.

Solutions such as Twitter Amplify offer the opportunity to align a brand’s message with more than 200 premium content partners. At the same time, Takeover Ads are a key tool in owning the conversation on the platform’s most premium placement. Similarly, video content is king for driving engagement and interest.

In summary, with several connect moments fast approaching, there is a large opportunity for brands to connect with their audiences and stay relevant by joining the conversation using a tailored and dynamic campaign strategy. 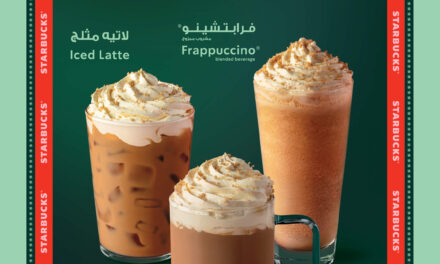 The wait is over – Starbucks announces the return of the holiday favourite, Toffee Nut Latte 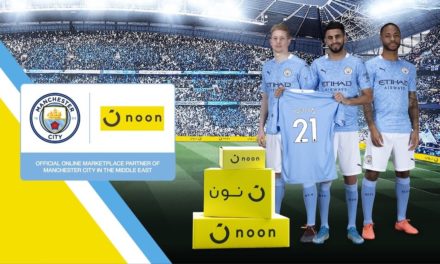