Partnership will focus on exploring strategic and business opportunities in content production, web3 and technology space

KSA , 16 August 2022: Eros Media World PLC (“ErosMedia”, “Eros” or the “Company”) (NYSE: EMWP), a global Indian media and entertainment company, today announced that it is entering into the rapidly growing Saudi Arabian market to capitalize on new opportunities and identify synergies with the various Saudi Arabian government initiatives designed to foster growth in the media and entertainment sector. One of the driving forces behind the growth initiative is the General Entertainment Authority (GEA), which was established by the government of Saudi Arabia in 2016 to help drive Vision 2030, a strategic framework to move away from Saudi Arabia’s dependence on oil to diversify its economy and develop public service sectors such as health, education, infrastructure, recreation, media, and tourism. Eros will partner in Vision 2030 and will be the first media company of Indian origin to explore actionable opportunities.

As the first step in this endeavour, Eros has entered into a strategic partnership with Arabia Pictures Group “APG”, headquartered in Riyadh,which caters mainly to the MENA region and is focused on content production. Through this partnership, Eros and APG will explore strategic and business opportunities in the film production, technology, and Web3 space exclusively catering to the Indian entertainment industry.

This partnership is pioneering in several ways. It is the first time that an Indian media company has collaborated with a Saudi Arabia-based organisation to develop an all-encompassing entertainment ecosystem jointly. Together the two companies will explore investments in content production, such as end-to-end production, line production, distribution, and more. The companies will also seek to introduce new technologies that can further the growth of the media and entertainment sector. The two companies are already in the advanced stages of testing movie archive digitization and virtual location scouting technologies. With new-age blockchain and related technologies transforming businesses worldwide, the joint entity will focus on building an environment that supports decentralised and autonomous new economy growth creating a more equitable and empowering ecosystem for the entertainment community to thrive.

As a part of its Vision 2030, the Saudi Arabian government plans to transform its film industry into a major economic contributor by investing approximately $6.9 billion in the sector. Saudi Arabia has been encouraging its households to increase spending on cultural and entertainment activities, which has increased from 2.9% to 6% of Gross Domestic Product (“GDP”). The introduction of Web3 and blockchain technology can accelerate this growth further. As per a Gartner report, by 2030, blockchain will be the foundational technology for 30% of global customers with a $3.1 Trillion economy. Eros, with its expertise in media, and Eros Investments’ portfolio in blockchain and Web3 businesses, and Arabia Picture Group, with its market understanding and experience, are well placed to lead the sector in this new economy.  The collaboration follows Eros Investments’ recent announcement to forge a strategic partnership with the Dubai World Trade Centre Authority (DWTCA) to operate under the world’s only specialist Virtual Asset Regulatory Authority (VARA), and enable the growth of the Web3 industry and its associated blockchain businesses from Dubai as the Hub.

Abdulelah Alahmary, Chairman of Arabia Pictures Group, says, “The MENA region is keen for creative mediums such as arts and films to play a more prominent role in shaping the economy. This presents a great opportunity for us to use our combined strength and contribute to the sector’s growth. He adds, “We are collaborating in the East with Eros’ expertise in the new age Web3 and blockchain space gives us an edge, and I am certain that we will build an ecosystem that will transform the media and entertainment industry in the MENA region and beyond towards West.”

Chief Executive Officer Roua Almadani stated, “We have always been aspiring to partner with India, the top entertainment creators in the world, and now the dream has come true.”

Almadani continued, “I’m proud of the strategic cooperation with Eros Media World PLC, which is the first of its kind in the Arab world.”

“This cooperation will create various job opportunities in entertainment production and filmmaking as well as new discovering young talents in the film industry in the Kingdom of Saudi Arabia and the Middle East. We will be revealing more details during a press conference and the joint projects soon,” added Almadani.

Commenting on the partnership, Pradeep Dwivedi, Group CEO Eros Media World Plc, says, “Saudi Arabia is a strategic market for global organizations like Eros Media World. We aspire to be a frontrunner in not only getting a foothold in this burgeoning market but also contribute to the economy through our expertise. This partnership with Arabia Picture Group is significant as it allows us to understand the market and introduce new concepts and technologies that are crucial to the growth of the sector in the region. Cultural similarities between India and Saudi Arabia will help accelerate this process and create value for stakeholders.” 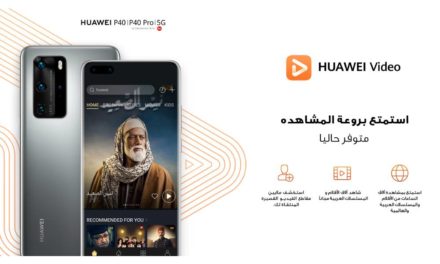 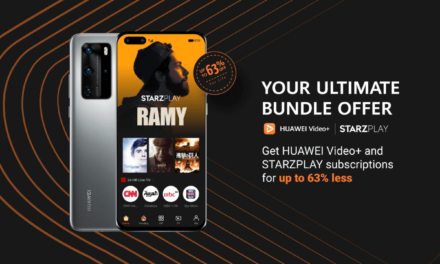