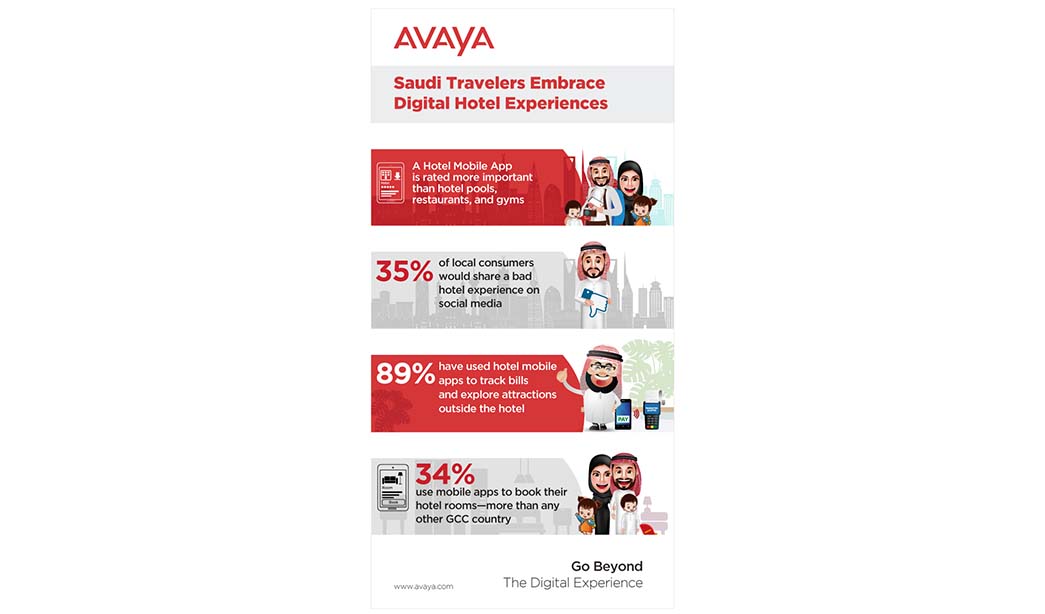 Hoteliers in the Kingdom of Saudi Arabia need to embrace digital platforms if they want to keep their guests happy, according to a new survey from Avaya (NYSE:AVYA). Saudi travelers are more keen on using hotel mobile apps than their counterparts in other GCC countries, according to the survey, with more than a third of respondents using apps to book their hotel room. Respondents also said that having an easy-to-use app is more important than the availability of hotel facilities such as pools, restaurants, and gyms in evaluating their stay.
The Customer Experience in Hospitality Survey, conducted with YouGov in November, queried more than 1,200 individuals across the GCC to better understand travelers’ expectations in the digital age. According to the survey, 89% of Saudi travelers use apps to perform tasks such as tracking bill changes and exploring destinations outside the hotel (click to tweet), with 34% booking their room through the app, the highest out of all countries surveyed, and compared with just 16% in Bahrain.
While smooth and fast check-in was cited as the more important factor in the hotel guest experience, 18% of Saudi respondents cited an easy-to-use app as a top factor in evaluating their stay, more than any other country. However, Saudi respondents are also more likely to e-mail their hotel to make a reservation than other those from other GCC countries, with 25% selecting this method, compared with the GCC average of 20%. Saudi travelers are also more likely to call the hotel’s contact center than their GCC counterparts, emphasizing the need for hotels to support multi-channel communications with guests.
The Middle East hospitality industry is booming, with 580 hotel projects under contract as of October 2017, according to STR’s Pipeline Report, with Saudi Arabia remaining one of the region’s most active hotel construction markets. While the Kingdom has mainly relied on business travelers and pilgrims for international visitors, it intends to issue its first tourist visas this year, as part of Crown Prince Mohammad Bin Salman economic reforms. The government is also investing heavily in encouraging domestic tourism, which is predicted to grow 40% by 2020.
According to the survey, getting the guest experience right is vital for hotels within the Kingdom, with 35% of Saudi respondents saying they would share their bad experience on social media channels—the highest percentage of any GCC market. In fact, more would post about their negative experience than lodge a complaint with the hotel directly, leaving no second chances for hotels to get things right. Almost a third, (32%), would also write a negative review on a site such as TripAdvisor.
While mobile apps are overwhelmingly used by travelers in the Kingdom, the in-room phone is still central to the hotel experience. More than half (56%) of respondents said the in-room phone was important to them, with only 4% saying they don’t use it. Travelers from the Kingdom are also more likely than any of their regional counterparts to engage hotel staff through chat and messaging apps built into their in-room phone, with 40% saying they want to be able to control in-room amenities such as entertainment, lighting and temperature from the phone. Limited functionality and confusing layouts were among reasons cited by Saudi respondents as key factors that limit their use of in-room phones.
“Today’s tourism and hospitality sector is playing an important role in Saudi Arabia’s economic diversification plans, and technology is helping hoteliers in the Kingdom to deliver more personal experiences at every customer touchpoint. Delivering that superior customer experience really comes down to how simple it is to access services and information. As travelers reveal a clear preference for smarter, connected devices and applications, hotels can establish a strong competitive advantage by embracing the digital trends that their customers value most,” says Frederick Sabty, Vice President of Hospitality Solutions at Avaya.
To learn more about how Avaya is working with the hospitality sector to take guests beyond the digital experience, check out this resource guide. 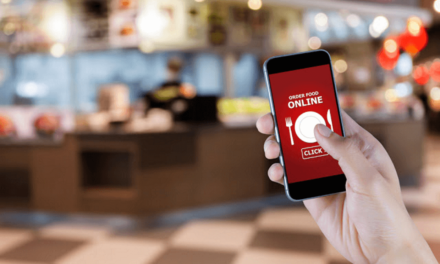