Middle East, December 23, 2022: The winners of the Huawei ICT Competition Middle East 2022, Huawei’s flagship longstanding competition, have now been announced at a closing ceremony on December 22 in Muscat, Oman. This year’s competition saw 15 teams of the brightest young tech talents compete together, shortlisted originally from 19,300 participants representing 472 universities and 11 countries across the Middle East and Central Asia.

During the ceremony which was attended by ambassadors to China from some of the participating countries, Shunli Wang, Vice President of Huawei Middle East and Central Asia, delivered an opening speech followed by remarks by each of His Excellency Dr. Ali bin Amer Al Shaidani, Undersecretary of the Ministry of Transport and Communications and Information Technology, Talal Said Marhoon Al Mamari, Chief Executive Officer of Oman Telecommunications Company (Omantel), H.E. Li Lingbing, Chinese Ambassador to Oman,  and then celebrated the competition’s final winners and acknowledged the outstanding participants.

His Excellency Dr. Ali bin Amer Al Shaidani, Undersecretary of the Ministry of Transport, Communications and Information Technology for Communications and Information Technology said: “We are thrilled to host the Huawei ICT Competition Middle East 2022 in Oman this year, in partnership with the Ministry of Labour, Omantel, and Huawei. This comes as part of the National Digital Upskilling Initiative (Makeen) and coincides with the selection of Muscat as the Arab Digital Capital for the year 2022.With strong digital capabilities and infrastructure, Oman is a technology hub that aims to pave the way for young talents in the region. Congratulations to all participants; we look forward to witnessing their journey to transform the technology scene.”

Shunli Wang, Vice President of Huawei Middle East & Central Asia, said: “I would like to thank our partners at the Omani Government, Ministry of Labour, and Omantel for being part of this ceremony. Huawei is committed to supporting and nurturing young ICT talent in the region. Through the Huawei Middle East ICT Competition, we aim to empower the youth to advance their ICT skills, hence contribute to the talent ecosystem, and support accelerating digital economies. On behalf of Huawei, I would like to congratulate all the winners for their compelling efforts during the 2022 edition of the competition.

He continued: “We believe in the power of open collaboration with our partners in the public and private sectors, alongside academia to nurture the skills of the young ICT talents and encourage them to participate in achieving the national plans and visions of their countries. I would like here to extend our gratitude to our partners from regional governments, organizations, and universities for their continuous support and contribution to the success of the competition since its inception.”

In addition to outstanding training opportunities from experts at Huawei, winners also received awards, including cash prizes and certificates of recognition. Huawei also celebrated all the women participating in this year’s competition through the ‘Women in Tech’ award, as well as all the tutors through the ‘Best Tutors’ award. The remaining teams who were not among the lucky winners received the ‘Outstanding Performance’ award. In addition, a total of 45 students who participated in the Huawei ICT Competition Middle East 2022 regional finals were selected for an internship program at Huawei in their respective countries.

The 2022 edition of Huawei Middle East ICT Competition witnessed the company partnering with various public and private partners, including ministries telecom regulators, and leading educational institutions, with the aim to strengthen the local ICT ecosystems, boost the regional digital economy and innovation among the ICT leaders of tomorrow. Throughout the competition, the participants undertook several trainings and world-class knowledge from Huawei experts, followed by a series of national exams which took place in their local countries, and continued to the final stage of a 6-hour practical exam to determine the final winners.

The Huawei ICT Competition is one of several CSR initiatives undertaken by Huawei to nurture youth. Over 80,000 students across the region have participated in the contest since its launch in 2017. During the 2021 edition of the competition, Huawei collaborated with over 20 ministries and 453 institutions and received applications from over 15,000 students, while the 2022 edition of the competition witnessed a remarkable increase of students’ participation to reach 19,300 applicants. 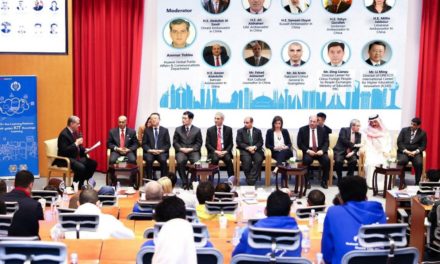 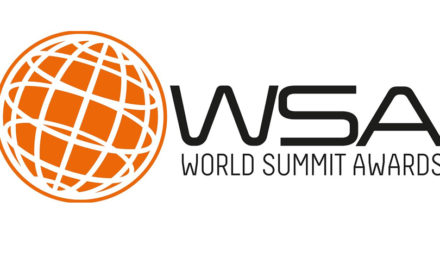