Riyadh-Saudi Arabia: 21 September 2022 – Bigo Live, one of the leading social livestreaming platforms has launched a fun-packed program to celebrate the local festivities that will take place during the 92nd National Day of the Kingdom of Saudi Arabia. Bigo Live users will be able to see breathtaking fireworks online and take part in a variety of in-app events and competitions that were specifically created to honor the rich history, culture and traditions of Saudi Arabia.

Every year, the 23rd of September is an opportunity for people that reside in the Kingdom of Saudi Arabia to showcase their pride and love for the nation, celebrate their cultural heritage and look towards a promising future. From 21 to 23 September 2022, Bigo Live users are invited to participate in a variety of online community events where they will be encouraged to share their favorite celebratory dances, national wear andshowcase their own renditions of traditional dances and more.

Furthermore, Saudi broadcasters can join “Saudi Hero” PK competition on Bigo Live. The PK content should be related to Saudi Arabia’s National Day and will include broadcasters dressing in green, sharing plans for National Day, highlighting unique offerings within cities in the country and much more.

It was also reported by the Kingdom’s General Entertainment Authority that there will be exciting fireworks that will take place across 18 cities in Saudi Arabia. For those who may not be able to see the fireworks in person or over the television, Bigo Live broadcaster HAZZAA will livestream this display of extravagance in the sky so that users can experience this magnificent sight from the palm of their hands.

“Saudi Arabia has evolved quite significantly over the past nine decades,” said a spokesperson from Bigo Live. “It has become a nation rich with so much heritage, culture and traditions. The Kingdom is constantly investing to create more opportunities for the people that reside within it as per the plans outlined in Saudi Arabia Vision 2030. At Bigo Live we are committed to providing people and communities from the Kingdom with the means necessary to express themselves in a manner that is productive and creative whilst contributing to its history not only as we approach 2030 but in the years to come as well.”

Last year on Saudi National Day, history was made as it was the first time that women participated in military parade. For those who want to learn more about the past and what we can expect for the future, Bigo Live broadcaster Sheevip will share some key insights and thoughts on the Kingdom’s drive to be considered as one of the best countries in the world. Furthermore, viewers will be able to take part in an interactive quiz to test their knowledge and learn more about the rich history and traditions of Saudi Arabia.

Livestreaming unlocks opportunities for anyone to have more personal and meaningful connections with their audience regardless of whether they happen on special occasions or in everyday life. Bigo Live gives its users the flexibility to bring attention to events, activations and ideas that matter to people in a unique way that other rigid forms of content can’t. It is an essential way to stand out in the market and create moments and opportunities for all. 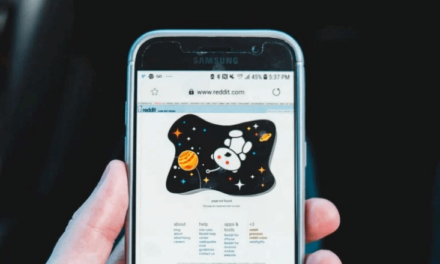