·      Organized by the Saudi Esports Federation, Gamers8 runs daily until September 8 with a series of big-name concerts, community gaming, festivals, and fun-filled activities for all ages

And wrapped them up in the most memorable manner imaginable. Vampire Esports, who began Saturday’s play in the three-day event 27 points down, stormed back to add the Afterparty Showdown crown – as well as the lion’s share of the $1 million prize pool – to last week’s scintillating PMWI triumph.

Ecstatic doesn’t even begin to describe the scenes at the Esports Arena, as the team from Thailand celebrated their double success.

Sir Tanny, the coach of Vampire Esports, said: “It is a great honor to win two championships in a row. We started out the Afterparty Showdown determined to reach our goal of two championships – we didn’t want anyone else to lift that trophy. We are so delighted.

“Winning the money was a huge inspiration to the players. It means so much to them and their families. For their parents to see them succeeding at what they are good at and love doing – they are just so thankful that they have reached their dreams.”

Asked to sum up Gamers8, the Vampire Esports players declared unanimously: “The best in the world.”

Sir Tanny added: “All of the team think this is the best tournament they have been at – everything from the organization to the support for the players. We all have many happy memories from Saudi Arabia.”

Faisal bin Hamran, Head of Esports at the Saudi Esports Federation, said: “When we created the concept for Gamers8, it was with the intention of bringing to life something spectacular. And I can unequivocally say that we have succeeded in that quest.

“Gamers8 has seen the best in the world battle it out over five incredible titles: Rocket League, Dota 2, Fortnite, Tom Clancy’s Rainbow Six Siege and PUBG Mobile – and it has been everything we anticipated and much, much more. With a standard of competition that excelled throughout, each of the five titles participating in Gamers8 has provided moments of drama that will truly live long in the memory.

“The benchmark set by Gamers8 in Saudi Arabia may be high – but I can assure all who love gaming and esports in the Kingdom that our annual season is only going to get even better. Watch this space for 2023.”

The Afterparty Showdown may have gloriously completed the elite esports tournaments at Gamers8, but it most certainly DOES NOT mean the end of the summer season! Organized by the Saudi Esports Federation, Gamers8 runs daily until September 8 with a series of big-name concerts, festivals, shows, community gaming, and fun-filled activities for all ages just the tip of the entertainment extravaganza. Further details, including ticket sales, are available on the event website.

PepsiCo products are enjoyed by consumers more than one billion times a day in more than 200 countries and territories around the world – including at Gamers8, the biggest esports and gaming event worldwide. A key partner of Gamers8, PepsiCo is supplying free Aquafina water throughout Boulevard Riyadh City. Rockstar, a PepsiCo energy drink, is also available for free for each concert ticketholder upon entry at the NXT LVL music venue on Thursday nights. Mai Dubai City Half Marathon back in its 4th year 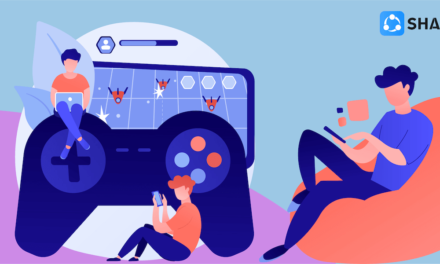 Power to the people: SHAREit reimagining mobile gaming experiences across the Middle East