The Middle East telecommunications industry has prospered in recent years due in part to strong alignment between government regulators, equipment manufacturers, and service providers on global standards frameworks. This appreciation and progress of shared standards have enabled countries like Saudi Arabia to rapidly accelerate their digital transformation through technologies such as 5G. Local industries are now generating new value through digital solutions and services with research firm Strategy& estimating that Saudi Arabia’s digital economy contributes approximately 49% to the country’s GDP.

While progress has been built upon collaboration and common standards, splintering this consensus can greatly undermine the future development of the digital economy. This is an increasing risk as more telcos consider 5G network deployment strategies that sit outside of the established global telecommunications standards, such as those outlined by 3GPP and the GSMA.

The current discussions around open radio access networks (Open RAN) are a prime example of this potential fragmentation. In theory, Open RAN principals call for industry-wide collaboration on RAN interfaces to support the interoperation between different vendors’ equipment. It is not an alternative “standard”, as some people currently misinterpret, but rather an implementation method for RAN sites within a network. Yet this implementation method is largely managed outside of 3GPP, and is not necessarily in line with global standards such as the GSMA’s Network Equipment Security Assurance Scheme (NESAS).

Though launched with much fanfare, many industry insiders are reconsidering their position on Open RAN. Many of its early promises are simply falling flat.

For instance, the UK government was an early advocate for the model. It issued a mandate for Open RAN-based networks for the country, a surprising call for a free market economy. The government has since changed its position, with the latest announcement on the issue calling for a less ambitious goal for UK mobile traffic to be carried over open and interoperable RAN technology.

The main argument for Open RAN was that it would prompt service providers to use a more diverse list of suppliers, encouraging competition and potentially lowering network costs. However, well-publicized challenges of integrating multi-vendor platforms have since emerged. Neil McRae, the Chief Architect at UK giant BT Group, conceded as much. He has said that the company would not considerably increase the number of suppliers due to the difficulty in integrating and managing all the different parts in an Open RAN topology. This is especially true for complex technologies such as 5G.

The cost reasoning has also failed to materialize. McRae has previously said that any meaningful cost savings for operators in the foreseeable future from Open RAN was “one of the big myths right now”. For many operators today, the CAPEX related to base stations—which Open RAN looks to address—is also a relatively small portion of their total cost of ownership, which tends to be more OPEX-related.

Even those keen on the Open RAN method have started to admit that it may have been pushed too fast too soon. There has been relatively little time to test its effectiveness in real-world scenarios. T-Mobile’s US president of technology Neville Ray was early to raise doubts about the maturity of Open RAN systems. He said from T-Mobile’s perspective that Open RAN is not ready for “prime time”. Meanwhile, BT Group’s CTIO has said that 2027 may be the earliest opportunity for urban commercial Open RAN deployment.

Even vendors like Ericsson, which have voiced initial support for Open RAN, do not envisage the technology having an impact any time soon. Speaking in a recent earnings webcast, CEO Börje Ekholm said Open RAN may only be viable in the next-generation 6G era.

Indeed, Open RAN viability may be proven to be more hype than reality. Research house Dell’Oro estimated its market value to be around $500 million in 2021, only a fraction of the $38 billion annual 5G RAN market. Under current projections, the technology will account for not more than 10% of the overall RAN market by 2025.

Taking all of this into consideration, it shows a predicament facing many 5G telecom service providers looking forward to 2022. It is a conversation that will only heat up in the months ahead. Indeed, much of the telecom industry’s success lies in open and intense competition among equipment makers. But Open RAN may not be the great facilitator of this competition. Government-driven mandates around Open RAN could actually risk doing the opposite – stifling innovation through over-regulation and interference.

The impact of Ericsson’s sustainability and corporate responsibility work 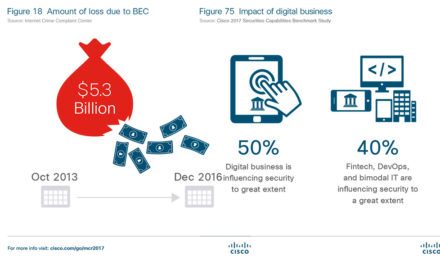 GCC Consumer Confidence Out Performs that of G8 Nations