On sandstone rock faces not far from the oasis city of AlUla lie the ancient carved images of horses.

The horses in these images pull chariots, they carry warriors into battle, and they bear testament to a special bond between man and beast that in this region stretches back thousands of years.

Horses are part of AlUla’s millennia of history and identity and as part of the region’s commitment to develop a world-class equestrian destination, AlUla is delighted to welcome back two distinct equestrian events.

During Winter at Tantora, December 21 to March 30, two of the most spectacular equestrian events will be held, as they were two years ago.

The Custodian of the Two Holy Mosques Endurance Cup 2022

The first of these equestrian events is the The Custodian of the Two Holy Mosques Endurance Cup 2022 on 29 January. An international CEI2*120km endurance competition organised in cooperation with the Saudi Arabian Equestrian Federation (SAEF).

This event will see over 200 riders compete in what is considered one of the most significant endurance races in the world.

It is the third year that the tournament is being held and on offer are prizes worth 15 million Saudi riyals (USD 4.2 million).

The two stars competition, recognised by the International Federation for Equestrian Sports (FEI), covers a distance of 120 km, which participants complete by riding four loops.

The course takes on average eight hours to finish and in that time some of the best riders in the world will experience a variety of breath-taking landscapes for which the natural and historic AlUla region is so well known. Both horse and rider need to be in peak condition, as the race is physically and mentally demanding.

After a very successful organisation of “Longines FEI Endurance World Championship 2021” in Pisa, Italy, Italia Endurance Stables & Academy has been appointed to organise The Custodian of the Two Holy Mosques Endurance Cup 2022 in AlUla under the leadership of the general sport director Gianluca Laliscia and the event director Brian Colin Dunn.

Brian Dunn said about AlUla, “The entire technical team is delighted to visit the stunning desert of AlUla which has such a deep connection with Arabian horse heritage and is very close to our heart. The welcome of the people and the passion and expertise they have for our sport will undoubtedly make for an epic and joyful experience.”

The winner is the first to cross the line, and have their horse passed as in being in fit condition by the veterinarian. Among endurance riders, it is said that to complete in one of these grueling competitions is as good as a win.

Visitors to Winter at Tantora will also be able to experience the only major polo tournament staged in the desert. The event is organised by the Royal Commission for AlUla in partnership with the Saudi Polo Federation.

Those taking part will be a mix of invited patrons and professional players drawn from the global polo community.

Players from the legendary La Dolfina Polo team will lead one team each. La Dolfina, whom many consider them to be “the perfect team”, as they have a 40-goal handicap together and are the only team ever that won three consecutive Triple Crowns, the Tortugas Open, Hurlingham Open and Argentine Open in 2013, 2014 and 2015 respectively.

Recently the Royal Commission for AlUla and the La Dolfina Polo Team announced the establishment of a long-term partnership as a step towards the implementation of AlUla equestrian strategy and development of polo in Saudi Arabia.

The aim of this partnership is to make the historic city the premier destination for horse enthusiasts from around the world.

Adolfo Cambiaso, founder of La Dolfina Polo and considered to be the best polo player in history has become a destination advocate for AlUla.

“We are excited to return to AlUla and play with fellow patrons and players from all over the world. Since the first edition of Desert Polo, it’s been great to see the interest in Polo grow in the Kingdom, and we look forward to developing the sport in newly explored regions such as AlUla,” said Cambiaso.

Amr F. Zedan, Chairman of the Saudi Polo Federation, said: “We are very excited to welcome back La Dolfina Polo stars and leading polo patrons, this year from the US, France and UK.  The Saudi Polo Federation is working closely to support the Royal Commission for AlUla in developing a new equestrian strategy to continue build on the Arabian horse heritage of the region. With daily flights to AlUla we hope to see new polo enthusiasts grow in the Medina region and across the Kingdom.”

This is to be the third Winter at Tantora where visitors, both international and local will have the opportunity to enjoy music, art, heritage, adventure, culture and food.

It is here where east meets west, as has happened in this region for thousands of years.

AlUla’s equestrian events are key pillars of what is a longer term strategy to share with the world the monumental beauty of AlUla as a place that is unique in the Arabian Peninsula, and perfect for exploring on horseback. The RCU vision includes significant infrastructure and facilities, more riding trails and itineraries for visitors to immerse themselves in the majesty of the cultural landscape.

The experience of horseback riding amongst the desert splendour and rock formations, in the footsteps of past civilisations, will create unforgettable memories.

Besides the two equestrian events there is also to be an haute couture horse fashion event, the Ikmah Fashion Cavalry.

Tickets to attend the two events can be purchased starting 27th December through www.experiencealula.com. 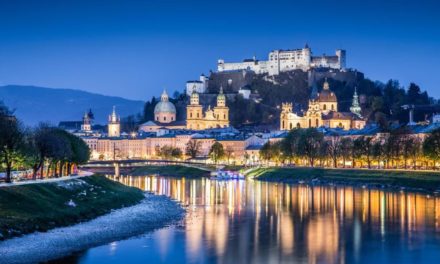 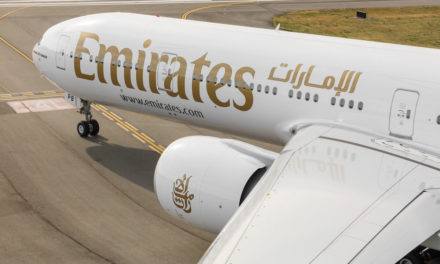