The past, present and future of the HUAWEI nova Series Riyadh, Saudi Arabia —November 9th, 2021 – In 2011, Huawei made a bold move: it made its official debut in the consumer market. This bold move paid off in spades. Leaning on its telecommunications expertise, Huawei introduced a wide range of highly innovative smartphone products. This experience enabled its device to support cutting edge connectivity features, but that is not all. To hone its competitive edge, the company has continuously invested into product R&D and consumer research, which provided it with industry-leading innovations and a keen understanding of what consumers truly desire. All these are reflected in the flagship HUAWEI Mate Series and HUAWEI P Series, two household brand names that exemplify the Huawei spirit of innovation.

But Huawei did not arrive to where it was with just the Mate and P Series. Its smartphone portfolio is actually more diverse than a lot of people are aware of. Today, we are putting a spotlight on the HUAWEI nova Series. In its sixth year, the series will welcome its newest member in Saudi in the coming few days – HUAWEI nova 9 – the Trendy flagship & Camera King featuring a beautiful display, versatile cameras, supercharging support, Super Device features with EMUI 12 and an amazing performance for gaming and more.  The HUAWEI nova 9 will be available for pre-order in The Kingdom of Saudi Arabia in all-new Starry Blue and Black starting from November 17, 2021 at a price of 1899 SAR through online HUAWEI Store and other authorized retailers in the Kingdom.  The pre-order comes with gifts valued at 883 SAR and they include the following:  FreeBuds Pro, HUAWEI Mobile Cloud 200 GB 1 month free + HUAWEI Music 3 month subscription[1], HUAWEI video 1 month subscription[2] and STARZPLAY VIP 2 month subscription[3].  It is a great device that comes with a lot of the features that other smartphone makers often reserve for flagship models. Looking for a new trendy flagship smartphone that is tailored to you? Read on!

The genesis of the new star

Introduced at IFA 2016, the HUAWEI nova Series started with the debut of HUAWEI nova and HUAWEI nova plus. They were fantastic smartphones that combined stunning looks and fantastic cameras with the competitive pricing. The critical acclaim and commercial success of the first nova devices set the foundation for generations of devices to come, with each debuting with its own fair share of unique features and phenomenal user experiences.

For instance, the HUAWEI nova 3e was the first phone to feature a notched screen, a screen design that was highly popular at that time. The HUAWEI nova 5T came with 48MP Quad AI Cameras that enabled even everyday consumers to capture high-definition, ultra wide-angle, macro and bokeh photography. Later, HUAWEI nova 7 turned the selfie functionality up another notch by adding a circular flash feature to the front camera. It also came with signature Huawei camera features such as Super Night Selfie, for consumers to easily capture great photos in low light situations. In recent months, Huawei released HUAWEI nova 8, a spectacular smartphone featuring 64MP AI Quad Camera system. Through the years, Huawei has amassed a great number of fans for the series.

Newest star of the family

What’s next for Huawei nova? On Nov 17th, Huawei Tech Investment Saudi Arabia will open the pre-order phase for the new HUAWEI nova 9. The headlining feature of the new star is its stunning design together with the camera system and its many other features. It will come with flagship-grade camera technology that is much more powerful than any of its predecessors.

The phone is coming with a 120Hz Original-Colour Curved Display, allowing the user to enjoy the photos and videos they capture to the fullest. And yes – it has a 120Hz display. You don’t need to play top dollar to get that for your smartphone.

It’s also worth mentioning that the HUAWEI nova 9 is quite the looker as well. Featuring an ultra-thin design, HUAWEI nova 9 is an exemplary example of the wider series. The new colourways it’s available in also showcase the all-new advanced manufacturing processes, which produces a sandblasted texture that makes the smartphone feel as good as it looks.

The newest star will be also equipped with a 50MP Ultra Vision Camera system that supports the powerful image quality enhancing solution XD Fusion Engine, something that until the HUAWEI nova 9 was only available on Huawei’s flagship smartphones. The main camera also has a RYYB colour filter array, which vastly improves the amount of light intake for better low-light performance. What’s should prove even more exciting for creatives are the new camera features such as Continuous Front/Rear Recording features, which allow for even greater creative flexibility.

[3] The STARZPLAY VIP 2 months free subscription is valid if claimed by December 31, 2021 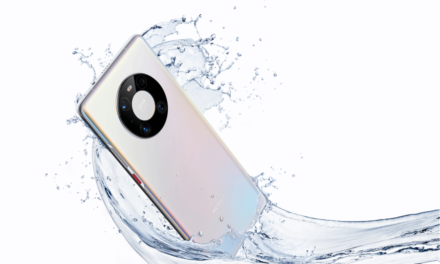 With More 5G Phones Being Introduced, Here Are 5 Features that Make the HUAWEI Mate40 Pro the King of Them All

The Next Chapter in Mobile Innovation: Unfold Your World with Galaxy Z Fold3 5G and Galaxy Z Flip3 5G 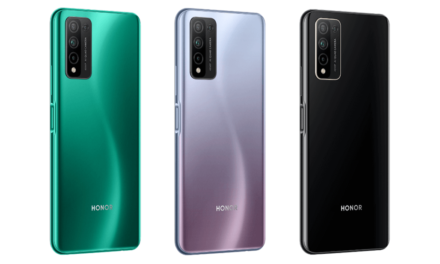 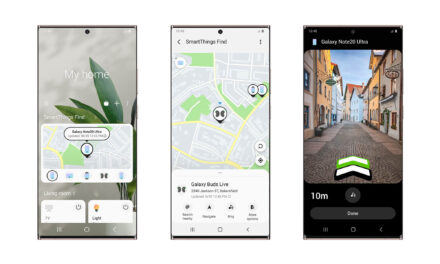