Motorsport star Dania Akeel; the first Saudi Arabian woman to qualify for a Speed Bikes Competition License, and the first Saudi woman to take part in an international rally; is now also the first person to be felicitated as part of the REDTAG ‘Real Heroes’ initiative. The felicitation coincides with the upcoming 91st KSA National Day, which REDTAG is commemorating with their National Day Celebration Offer

September 14th, Riyadh, KSA: With every step in her extraordinary journey, Saudi motorsport star Dania Akeel has smashed glass ceilings, and left stereotypes in the dust of her racing wheels. Dania has emerged as an icon in her sport, and is an inspiration to millions of fans. Her extraordinary feats are the reason REDTAG, the region’s homegrown value fashion and homeware brand, has selected Dania to be their first ‘Real Hero’.

REDTAG’s ‘Real Heroes’ initiative acknowledges talent, leaders, and changemakers in the KSA, who have achieved extraordinary things, overcoming the obstacles in their path, to inspire the next generation of youth, and show them that possibilities are unlimited, when they pursue their dreams with passion, perseverance, and commitment to achieve success, in any field.

Dania’s journey is especially inspiring in light of the fact that it comes in a non-traditional field for women, and also since women did not even drive in the KSA, until recently. In a series of firsts, Dania has blazed a trail of her own, becoming the first Saudi Arabian woman to qualify for a Speed Bikes Competition License, and the first Saudi woman to take part in an international rally. Dania recently won the FIA Cross Country Bajas World Cup in the T3 category, after a fourth place finish in the eighth round of the championship, in Baja Italy, with one round still to go. This historic result means Dania is the first woman to ever win this championship. Significantly, this was also her first time participating in the event. By showcasing her story, REDTAG seeks to inspire countless others to pursue their dreams – young or old, man or woman.

“Dania’s inspiring commitment to her dream, and her extraordinary achievements, are the perfect example of the dynamism that is characteristic of the new emerging KSA, as the nation’s 91st National Day draws near”, says Shehbaz Shaikh, Chief Retail Officer at REDTAG. “Our aim, with the Real Heroes initiative, is to showcase such achievers and pioneers, to inspire the next generation of Saudi youth to dream bigger and achieve fearlessly”.

Apart from being a trendsetter with her choice of sport, Dania has also faced physical challenges along her journey, which underscore the demanding nature of her chosen field, where even the smallest mistake has consequences. Despite having an accident during the Bahrain Season in March 2020, which resulted in three pelvic fractures and affected her spine – Dania has relentlessly followed her passion. After extended physical therapy in Saudi Arabia, Dania was quick to return to her passion of racing at the earliest.

“My message to any Saudi woman or girl is that if she has a hobby that she would like to pursue, whether in sports or any other field, she should pursue her passion, and personal growth”, Dania says. “I’ve received a lot of support throughout my journey, and I would like to thank REDTAG for making my story a part of their ‘Real Heroes’ initiative. I am positive that this will encourage other young women in Saudi to make decisions that improve their lives and empower them to follow their dreams, in any field they are interested in.”

View Dania’s inspirational message for the youth of KSA and for all young men and women, to pursue their dreams with passion – https://tinyurl.com/b3kr5v89 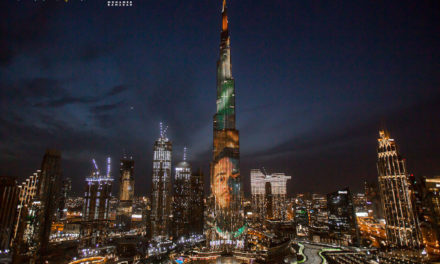 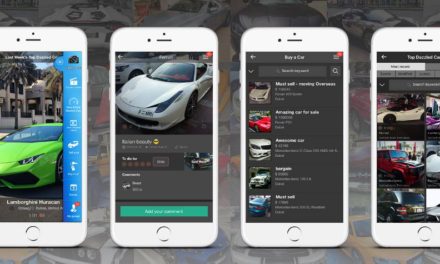